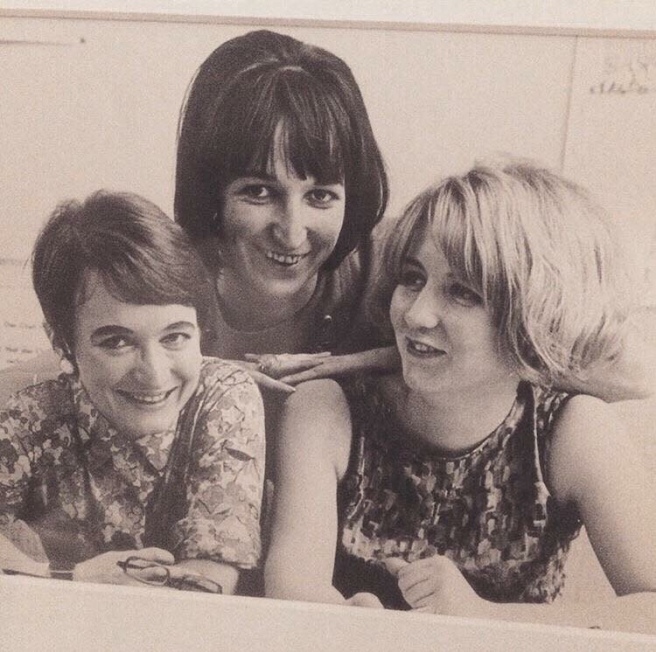 Picture it: Frankfurt, the early 1980s. On a day like any other, my mother and I passed the Frankfurter Rundschau building, the Frankfurter Rundschau was in these times for Germany what, say, the Washington Post was for the United States, in other words a very important newspaper and former employer of my mother (the blonde on the right), when we ran into Martina (the brunette on the left), a good friend and ex-colleague of my mother’s who was in charge of the newspaper’s women‘s section, the “Frauenredaktion”, in the changing political climate of the 1960s and ’70s, she was commenting on women’s lib issues and the legalisation of abortion as well as reporting from the Paris fashion shows. In 1966, when the cold war was still a major issue, she fell in love with a Russian when reporting from Kazakhstan. A Russian that turned out to be a spy. The very moment, she met her “Romeo” in Alma Ata to marry him, she was arrested for espionage, microfilm had been hidden by her fiancé in her cigarette pack. For 138 horrid days she was imprisoned, first in Alma Ata, then in Moscow’s notorious prison, the Lubyanka. But she survived. On December, 23rd, 1966, she was finally freed because her boss, Karl Gerold, founder and editor-in-chief of the Frankfurter Rundschau, had moved heaven and earth to have her exchanged, exchanged for a real spy, Alfred Frenzel, a German politician that had been working for Russia. Anyway, on this less important day in the early 1980s, my mother, just like Mrs Dalloway in eternal repetition, had bought the flowers herself but was missing a vase, I guess either me or one of the cats had broken the ball-shaped vase my mother had in mind for her tulips and so she asked Martina where to get a one. “Lorey.”, Martina replied, “They have Lalique.” Lalique, okay, sure, why not replace a vase for ten bucks with Lalique crystal? For years, this has been a running gag. Martina had kind of a Jacqueline Kennedy-ish approach to life: always the best. You rarely saw her without an Hermès scarf. I found all of that very intriguing, and as my mother still has no high-toned crystal at home, I have to blame Martina for all the money I’ve spent on Lalique vases. 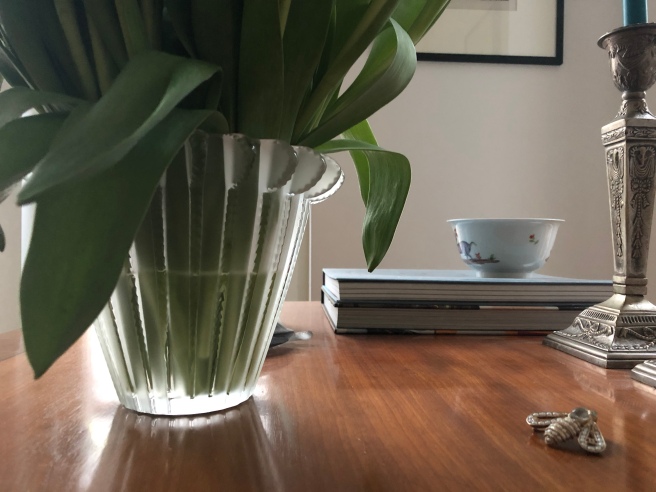