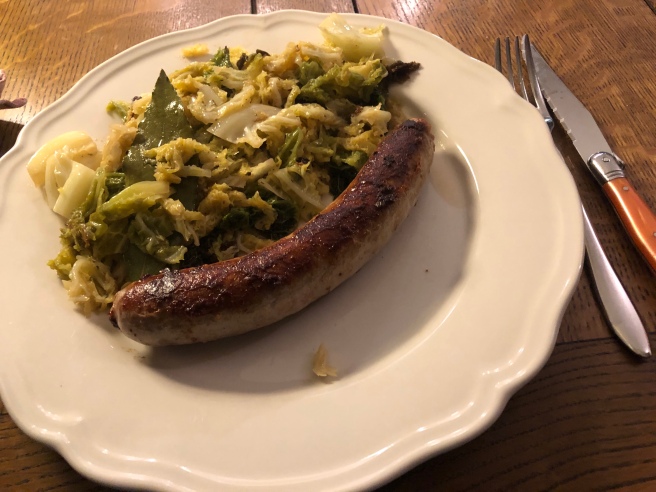 I have no idea if F. Scott Fitzgerald or any of his protagonists ever had bratwurst for dinner, leastwise the Divers should have eaten this teutonic meal at least once when staying in Zurich, the Swiss make such fine bratwurst, but since I happen to own Jay Gatsby’s personal napkin ring, discovered it some years ago in an antique store in West Egg, Long Island, I can tell you that his spirit is still with us and was with me tonight, when I had bratwurst for dinner, accompanied by some savoy cabbage. This curly leafed vegetable surely would have put a smile on Scott Fitzgerald’s face, savoy has such a nice first class hotel ring to it, doesn’t it? I think, I can say sans rougir that tonight, Jay Gatsby and I had a bratwurst as big as the Savoy. 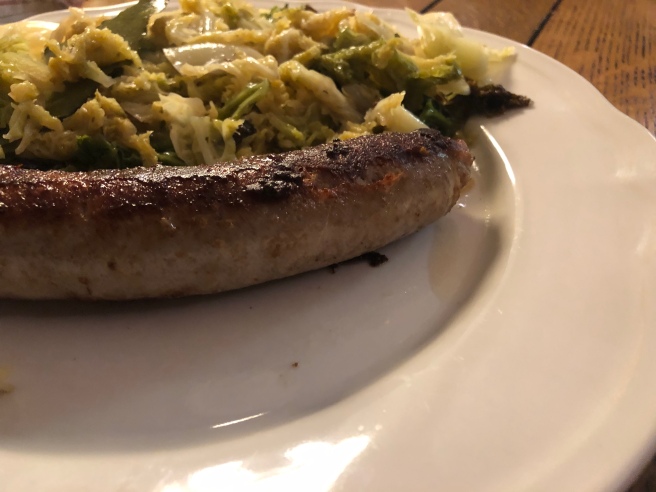